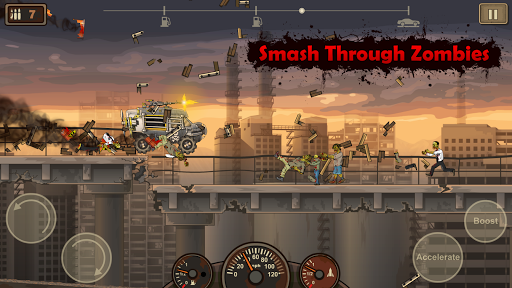 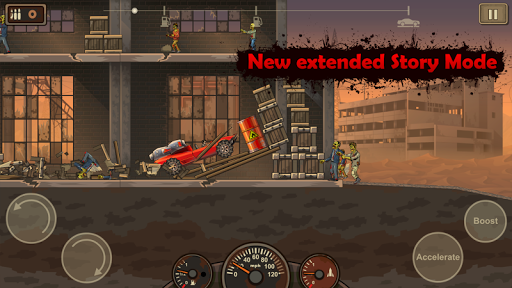 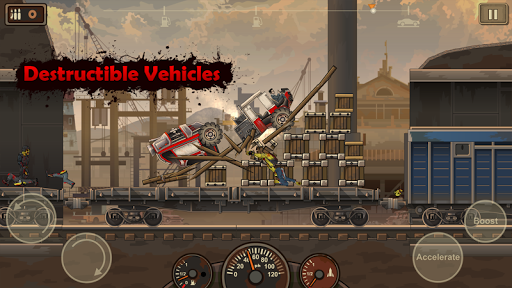 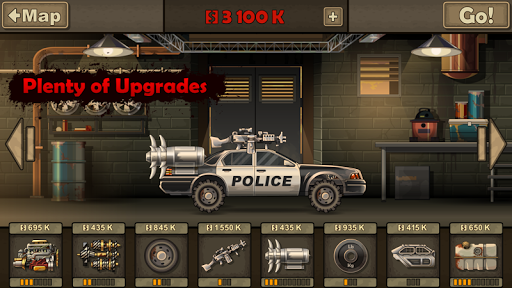 Earn to Die 2 provides a driving experience in which you control the vehicle in great detail as you navigate through a wave of extremely dangerous zombies. At the same time, it may appear to be a long journey because many factors prevent you from reaching the end of the story. You will discover methods to increase the power of your vehicle.

THE ESCAPE FROM THE TERRIBLE ZOMBIES

In Earn to Die 2, humanity faces annihilation as the zombie epidemic spreads and the world situation becomes chaotic. The survivors attempt to flee the zombies and reassemble as a group. When the protagonist activates the transmitter, he receives a message from the Exodus Military Base. He also discovered that they would use planes to flee the chaotic situation.

Base announced that they are currently taking one last flight to make a safe escape, and that survivors must go to a specific location on the map to do so. Of course, the main character’s location is completely different from the marked location, and he also discovered a completely effective way to use the car he saw. From there, he’ll take control of it and fight his way through waves of zombies.

Earn to Die 2’s gameplay consists of driving through locations with zombies appearing to stop you. From there, you’ll try to move in order to reach the checkpoints and save your progress. Simultaneously, you will control the car in a 2D perspective and concentrate on accelerating, adjusting the vehicle’s balance when landing, and using the boost feature to create high speed for your car.

There will be many challenging elements in this game, such as zombies, gasoline, and other elements. Zombies appear everywhere, and you must be cautious of them due to their large population. At the same time, the amount of gas in your car will always be a problem. You’ll be able to see the car’s gauges, including the gas and boost meters. When the gas meter runs out, your car will stop, and if you haven’t reached the checkpoint, the game will restart.

Earn to Die 2 includes a progress map with checkpoints and a point with a car icon. You’ll be able to see your progress on this bar as you move, and if you’re lucky enough to hit the checkpoint, you won’t have to restart from the beginning. So everyone wants to get to this point in order to finish the level, and as a result, when you complete all stages, you will be able to get a new vehicle to move around in.

The cars in the game are divided into several categories, ranging from cars to large trucks. Of course, as new devices emerge, they will lose their original appearance. You will find parts that you can upgrade and add to the car to make it look more solid and dangerous. At the same time, each time you upgrade, you will help it to improve performance and ride farther. So prioritize the aspects that need to be improved first.

The journey to the game’s final flight has an impact on players because: