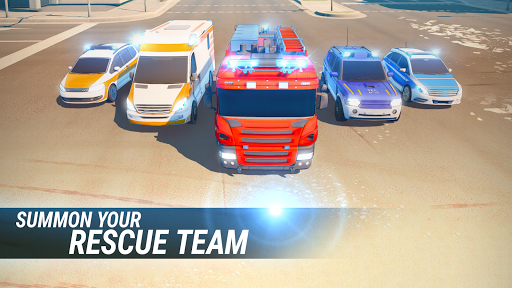 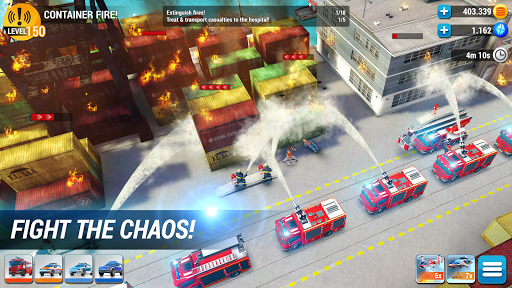 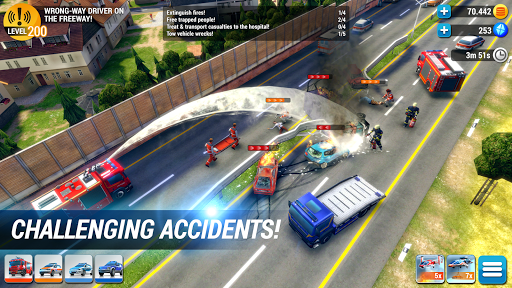 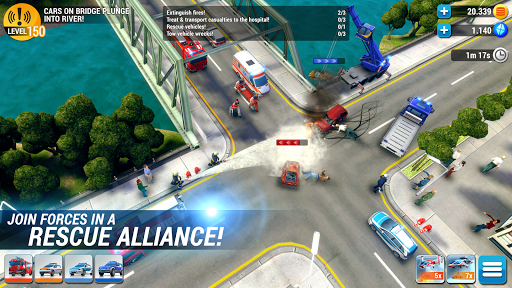 EMERGENCY HQ is a game in which players must complete life-saving missions with various forces in an extremely urgent manner. Each rescue force has a mission, and it is up to you to decide the order in which they will carry out the rescue. Simultaneously, throughout the game, you will have an HQ that you will build over time, as well as a fleet of vehicles that are always ready to run to the emergency area.

In this new game version, players will find new quests to challenge themselves in EMERGENCY HQ. In particular, you will complete the Oktoberfest quest and solve fire-related problems in order to save people’s lives. Because these are new missions, the level of complexity and challenge will rise as well. You will need to mobilize a large number of fire trucks, ambulances, and cranes.

BUILD THE CITY IN YOUR OWN STYLE

Before we get into the main gameplay of EMERGENCY HQ, the players will need to find a space, and of course, this will serve as the HQ for all of the town’s problems, which will need to be resolved quickly. Simultaneously, you will spend time constructing fire stations, medical stations, and other facilities to address potential fire problems. Furthermore, it will be more advantageous if you can construct a large number of facilities.

Specifically, when you construct a new base, a corresponding vehicle will appear. To put it another way, you will take your time completing your rescue team. Rescues are typically carried out on a small to large scale and necessitate a variety of vehicles. As a result, once you’ve completed the HQ, it will be much easier to carry out the rescue mission. Nothing beats seeing your entire fleet of vehicles rush to the scene of the fire.

The gameplay in EMERGENCY HQ is entirely focused on the tactical aspect. In other words, rather than controlling a specific character, you will assign work to a specific force. Those who have never played this game before will benefit from the tutorial screen, which will help them understand the game’s mechanics. When you see a problem, you must decide what to do first.

Various vehicles will be mobilized to the problem location at the same time, and you must touch a specific force to see the related activities. Because pictures represent activities, it is easy to understand what they mean. At the same time, the rescue procedure is not sequential because you must extinguish the fire while also saving the user. Sometimes you have to remove the impediment before you can begin providing first aid to the victims around you.

THE NUMBER OF LEVELS IS VARIABLE AND DIFFICULT

Players will encounter many exciting levels, and they will, of course, always necessitate a certain level of sensitivity on the part of the player. You will receive a certain amount of money and experience after each different game screen. These two resources are useful when you need money to buy new buildings to expand your headquarters. As a result, this is a suitable game for players to entertain themselves in their own way.

Winter is coming! EMERGENCY Land is covered with snow and holiday accidents are happening. - Free winter missions for all players! - Build your very own winter market on your base, and collect gifts every day! - Brand-new 1v1 mode: compete against other players in PvP duels until January 26! - Japanese localization. We wish all our players happy holidays and a safe and happy New Year!
Safe to Download