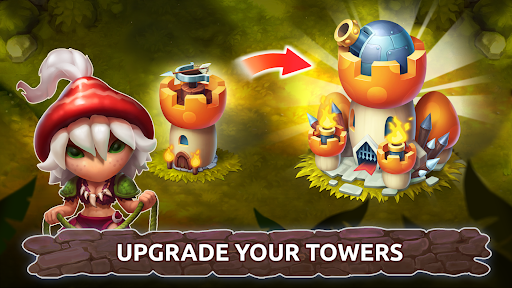 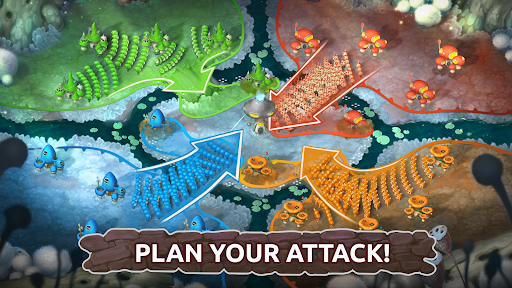 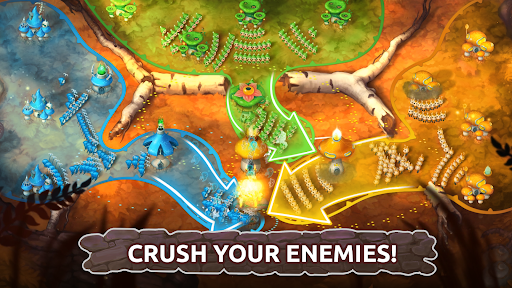 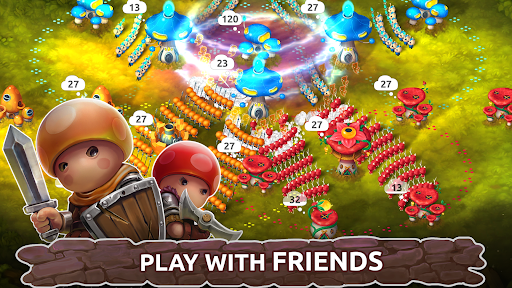 Mushroom Wars 2 introduces a world of mushroom kingdoms eager to expand by conquering new lands. You will command a force of warriors that emerge from buildings, deciding when to invade enemy territory. Simultaneously, some buildings can be upgraded to become more powerful against enemies, and multiplayer modes await your conquest.

PARTICIPATE IN THE MUSHROOM WARRIORS’ BATTLES

When starting Mushroom Wars 2, players will encounter exciting gameplay as battles for territory between mushroom warriors of various colors take place. The ultimate goal of the game is to capture all of the buildings on the map, which is not an easy task when your opponent is always trying to stop you.

You will recognize your color and begin moving the mushroom warriors to raid various buildings on the map. The controls are entirely focused on selecting and touching the location where these characters should go. At the same time, each building you capture will have distinct roles that you must not overlook. When selecting the correct occupation target, the player’s tactical skills will be put to the test.

BY CAPTURING BUILDINGS, YOU CAN DEFEAT ENEMIES

When you first enter Mushroom Wars 2, you will notice buildings with white or gray colors that do not belong to any faction. So, if you want to occupy them, it will be quite simple if you meet enough requirements, and they will immediately transform into a building of your color. Certainly, after capturing a specific building, you should employ a variety of tactics to protect and increase the fighting force.

Some starter structures have the ability to increase the number of warriors over time, allowing you to use these forces in a variety of ways. To increase defense, move troops from the stronger buildings to the weaker buildings. At the same time, this work must be done continuously so that the enemy does not take over your building, and you can assemble a large number of troops from various buildings to assist.

It can be said that competition is unavoidable, and one of the factors that any player desires is attacking towers. Because they will attack nearby targets, these towers will differ from buildings that generate a large number of warriors. Anyone will feel uneasy when attacked by the enemy, so this is the target that the opponent is always aiming for and often mobilizes a large number of troops, so you must be cautious.

IMPROVEMENT OF BUILDINGS TO INCREASE THE NUMBER

Upgrading buildings that produce warriors is one of the more interesting aspects of Mushroom Wars 2. Their appearance will change dramatically as they progress through the upgrades, as will their stats. At the same time, you must allow some troops to participate in upgrading these buildings, and once they have completed their work, they will be unable to conquer other buildings. In other words, with each upgrade, the number of troops decreases.

This is completely interesting gameplay that attracts players, and there are numerous ways for you to improve your tactical ability. You can progress through various PVE levels to learn about the game’s mechanics and master strategies. Simultaneously, if you are confident in your abilities, you should not be afraid to engage in battles with other opponents. The number of players will grow, stifling each other’s development.

Players will command the forces of mushroom warriors involved in the conquest:

Minor changes for compatibility reasons with other platforms.
Safe to Download